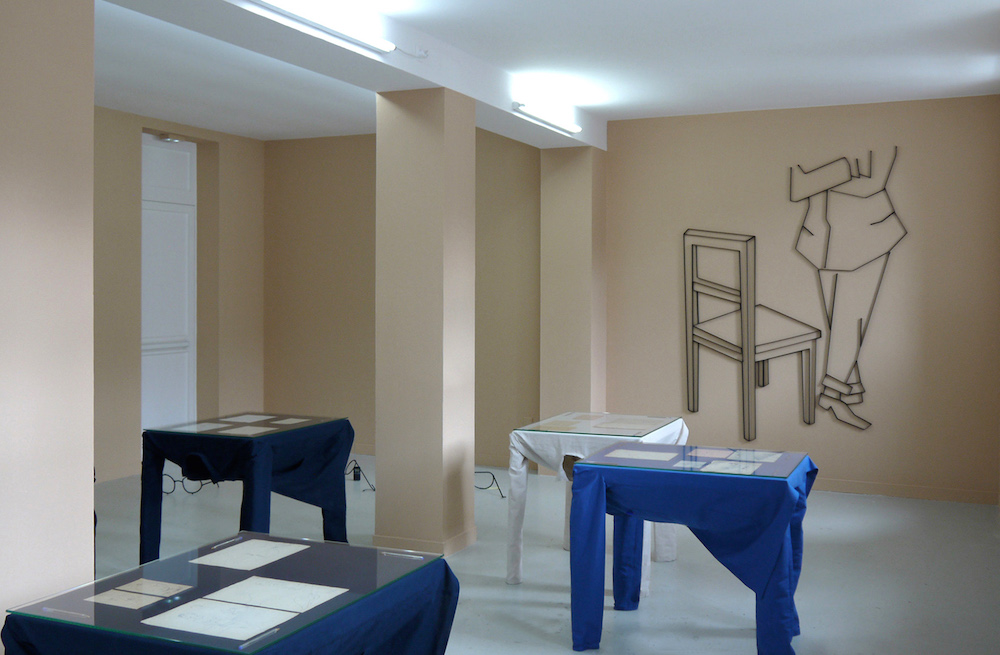 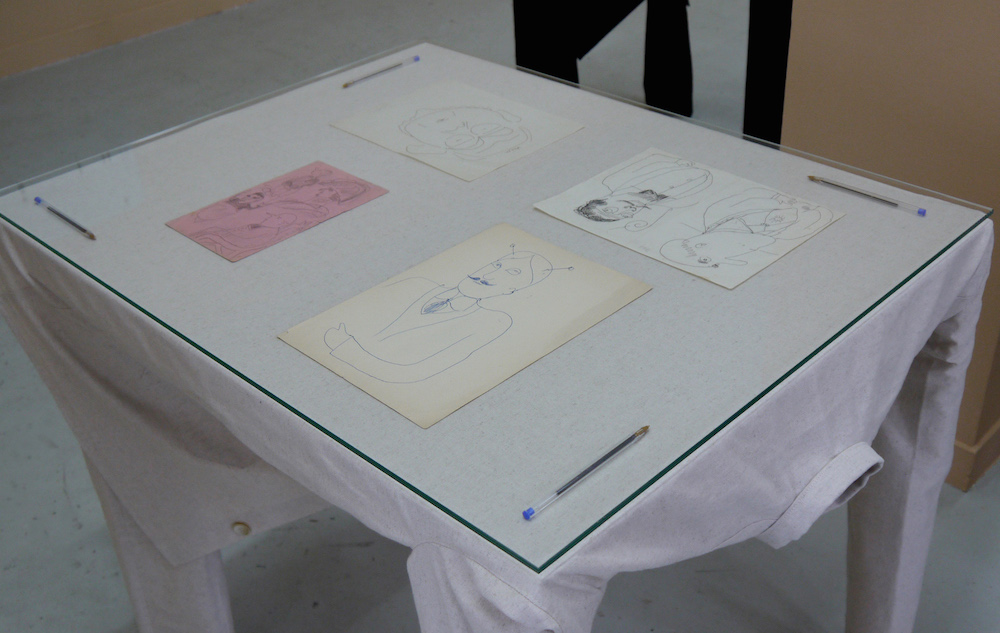 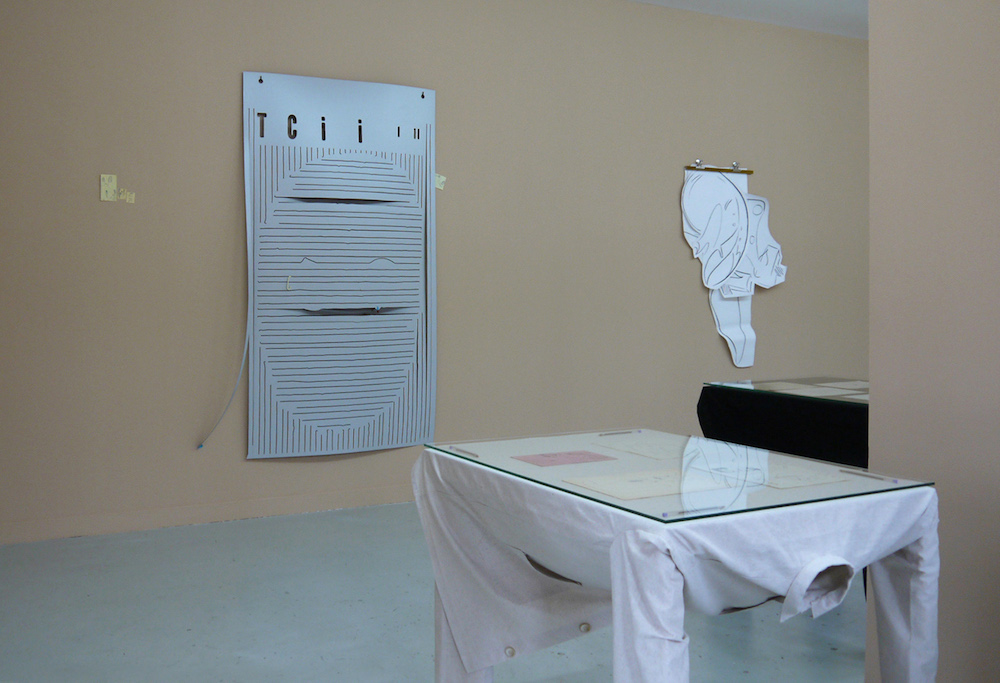 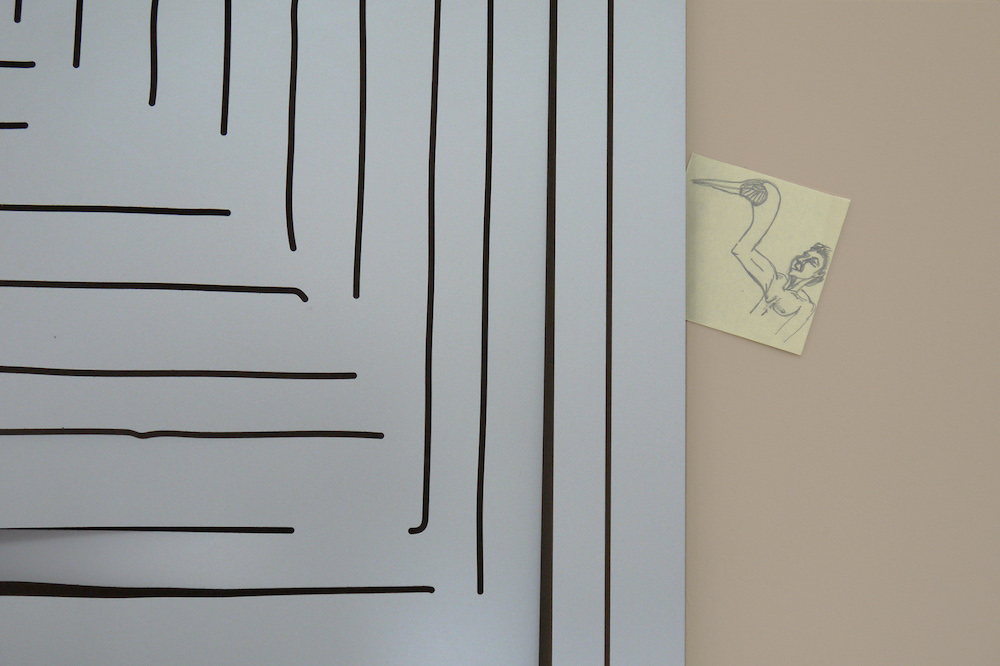 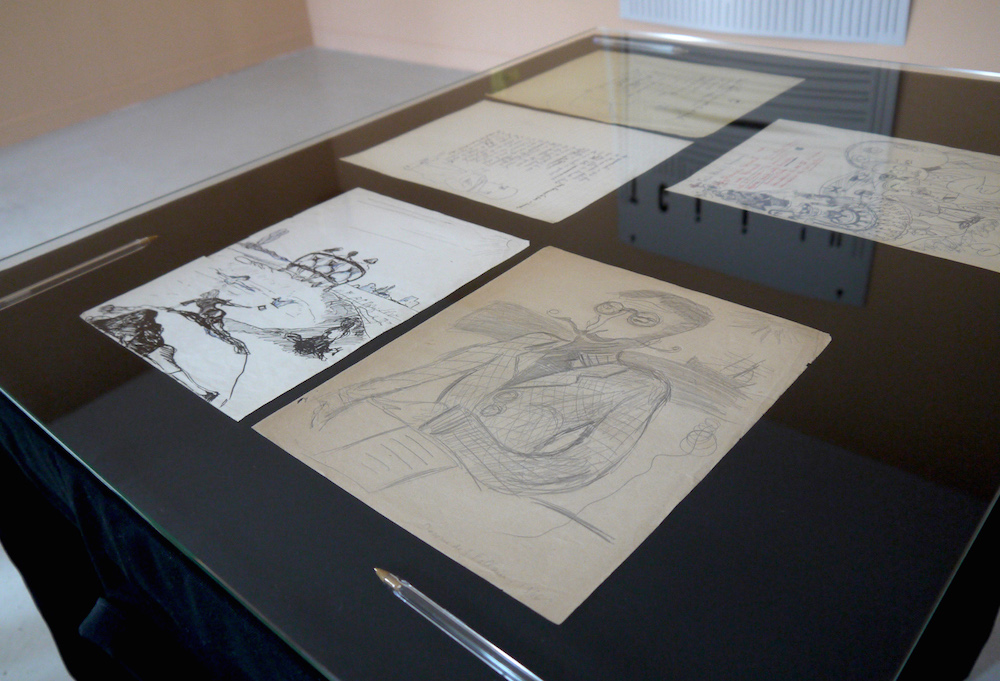 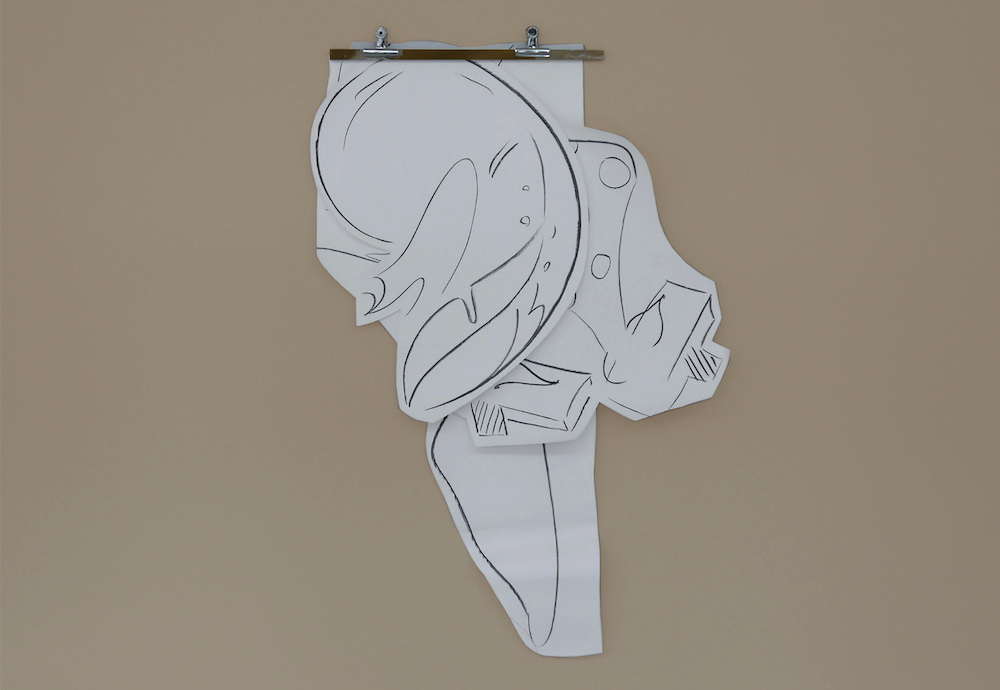 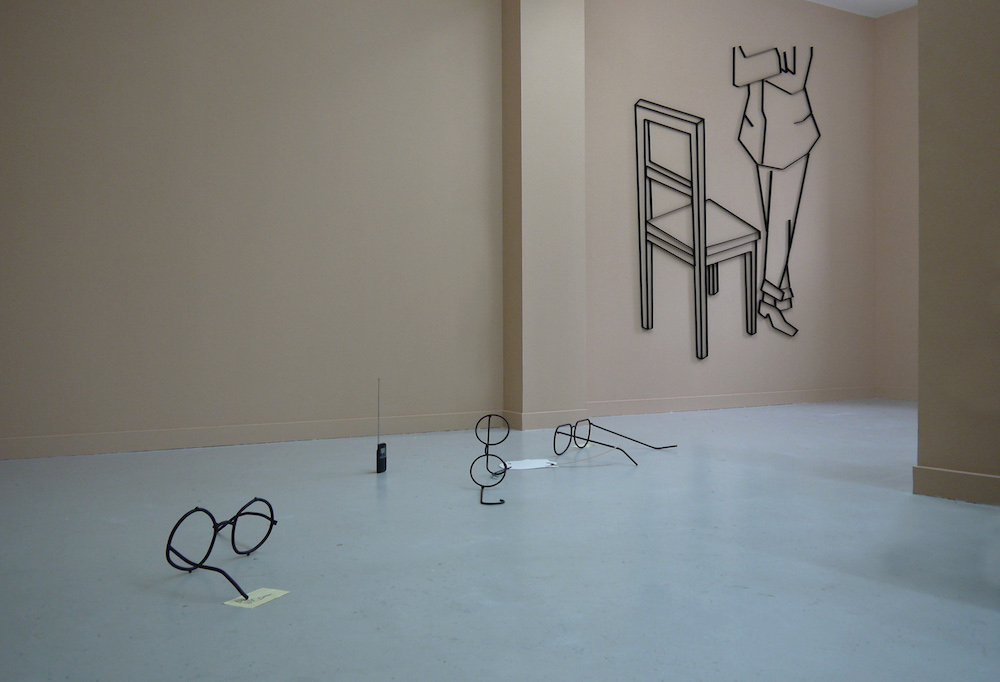 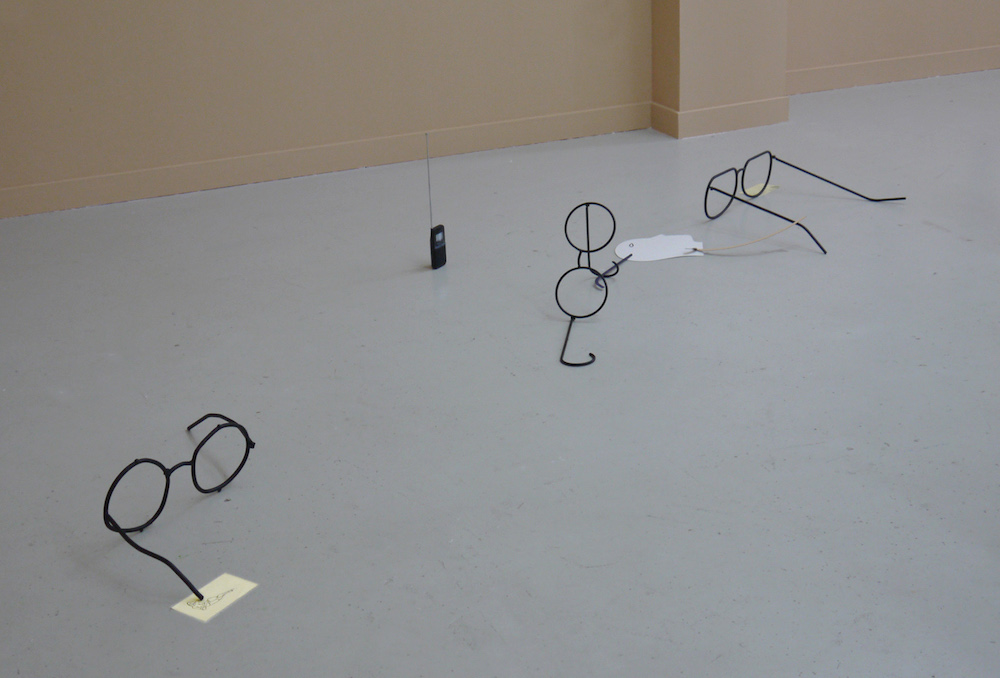 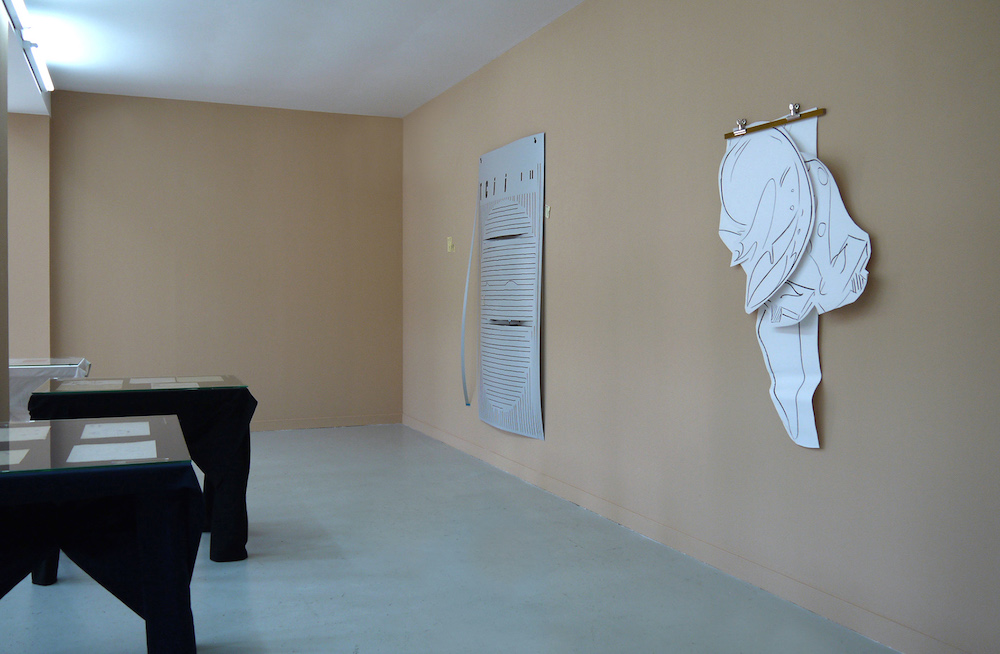 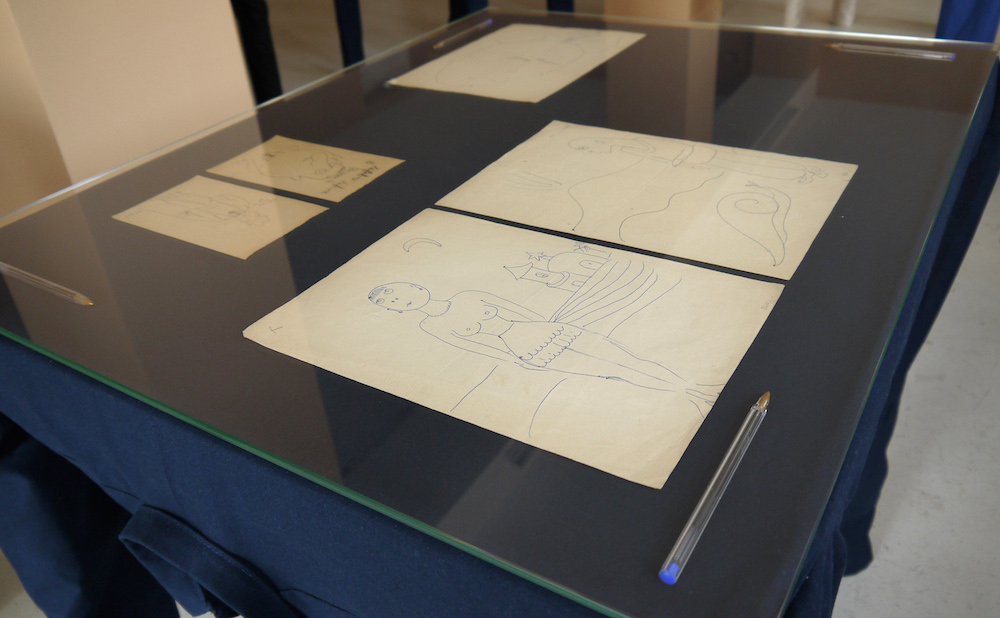 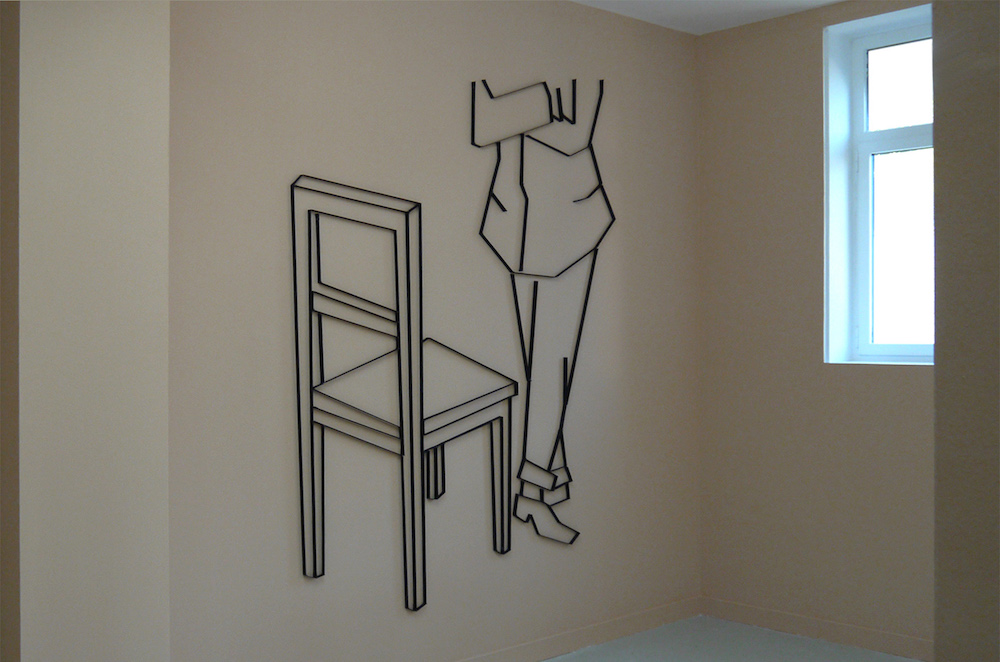 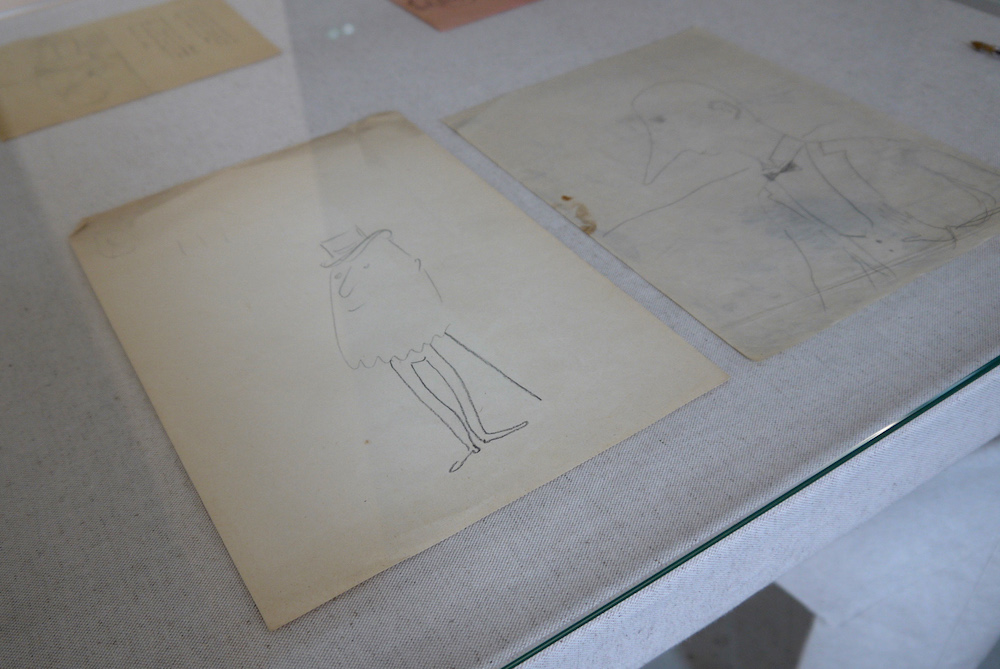 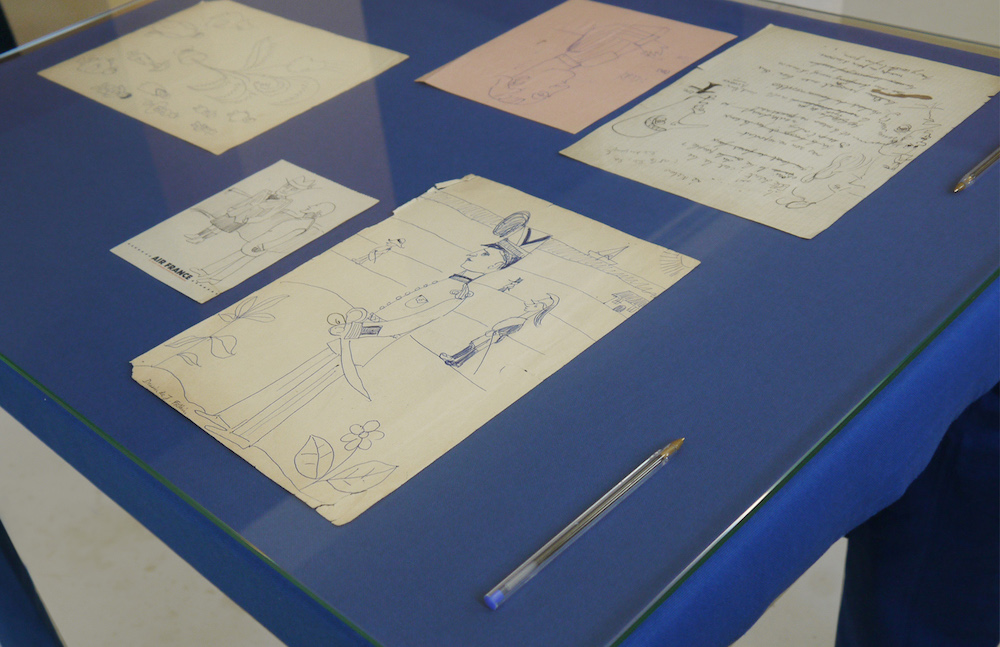 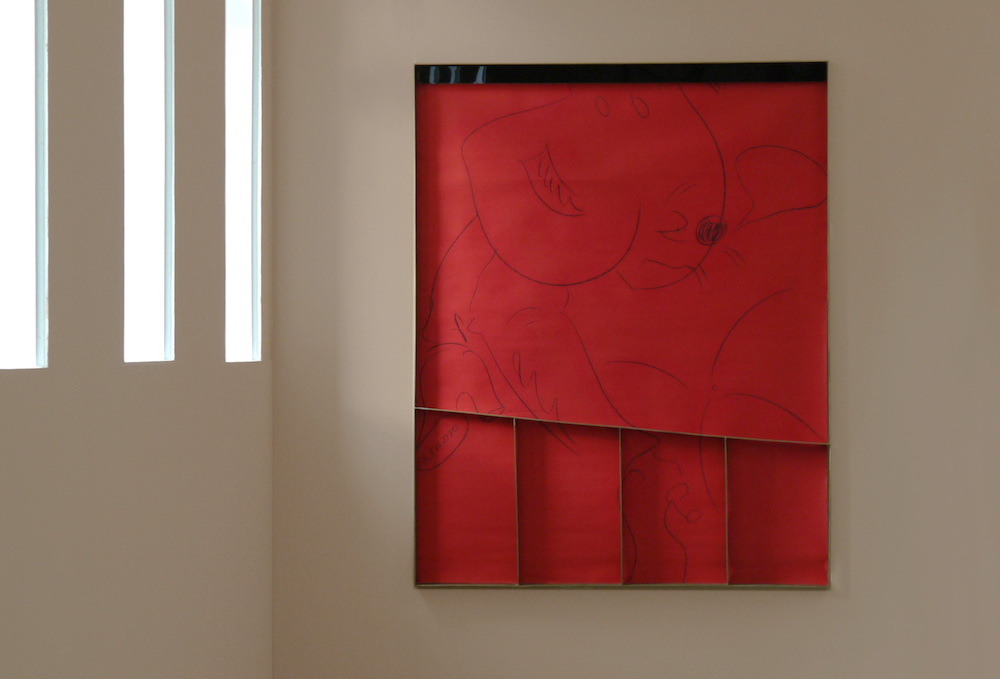 There is something fundamentally normal in the objects, clothing, and places described by Jean Follain in his poems and prose texts. The talent of this poet, who was born in Normandy in 1903, lies in his way of humbly writing about reality without employing images or metaphors. He was a contemporary of the Surrealists and yet his work was not of the same time as the movement. Follain’s writings exist between tradition and modernity, the countryside and the city, Canisy, Saint-Lô, and Paris. The poetry shows this writer’s attention, with each passing instant, to his daily surroundings. The form of a glass, the lapel of a collar, the turned-up nose of the waiter – so many slight details that would come together and dazzle the hoarder he was.

In the course of our research we discovered many manuscripts of his poems scattered among other documents that are striking for their utter banality. Beer coasters, bits of paper table covers from the local pub, letterhead paper, most of these documents are adorned with Follain’s free-flowing line. A man shown sporting a tie and decked out with a pair of antennae, dozens of portraits of moustachioed faces, a pet snail, a man wearing a skirt – despite the yellowed and dog-eared paper, these dream drawings seem to belong to the present. In this exhibition, the drawings, which were executed in a private context, were for the most part separate from the writings but were not considered works of art. Displayed on tables suggesting how they originally appeared, they can now be seen for the first time as forming an art practice in their own right, appreciated for their quality, which is immediately obvious. Is it the elegance of a pen wielded by a man who spent long hours with numerous artist friends, or the steady line of the ballpoint that never seems to break contact with the surface of the paper that imbues Follain’s drawings with such a contemporary look?

M. Quelque Chose (Mr. Something) presents side by side the Norman poet’s drawings and the work of three artists working today, Beatriz Olabarrieta, Ola Vasiljeva, and Jonathan Vinitsky. The latter have in common their distinctive use of the human figure as a vector of meaning and humor. Their modest forms, suggesting a series of silhouettes, catch the eye, which still can’t quite grasp them. Just like Jean Follain, Ola Vasiljeva often draws her inspiration from literature, historical events, or dreams, an inspiration that is necessary for her complex installations that combine drawing, sculpture, found objects, and video. The drawings featured here depict human figures or clothing patterns that flirt with sculptural forms.

Beatriz Olabarrieta’s installations evoke the drama of daily life and an occupation of space by talkative and fragmentary anthropomorphic figures. Through a cosmology of objects and forms that plays games with the contingencies of the present, the line becomes the language of that which cannot be put into words.

And at the start of each new project that Yonatan Vinitsky undertakes, there is an apparently harmless household object, an image found during the research phases of an artwork, the choice of a particular technique or material. The artist takes a particularly amused view of art history and the things surrounding it. Through numerous appropriations and quotations, he builds up his pantheon of references, delving into the history of Bauhaus as much as images used in advertising, and without distinction or hierarchy.

The show is thus the occasion for an unexpected meeting, that is, drawings that sprang from the ennui of a Norman poet working in the last century, and altogether contemporary pieces by three international artists who share a precise, poetic view of the world around them today.

Jean Follain (born in 1903 in Canisy, died in 1971 in Paris) settled in Paris in 1925 and passed the bar in 1928. Leading a dual career as a judge and a writer, he was friends with the members of the “Sagesse” (Wisdom) group and was awarded the Prix Mallarmé in 1939. Writing outside of the Surrealist movement, this poet of the object helped to forge a new poetry (Usage du temps, Exister). In 1970 he was given the Grand Prix de poésie by the French Academy.

Beatriz Olabarrieta (Born 1979 in Bilbao) lives and works in Berlin. Recent projects include The Only Way Out Is In, at The Sunday Painter, London, 2017 ; Clever To Follow Goat, at Gallery Antoine Levi, Paris, 2017 ; Los Algoritmos Suaves (a group show curated by Rafael Barber Cortell) at Centre Del Carme, Valencia, 2018.